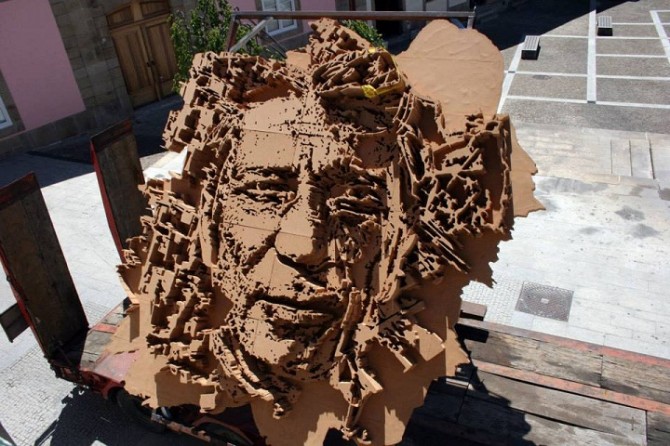 In cork this time!

World famous Portuguese street artists Vhils made his first piece in cork. It was launched at the Imaginarius International Festival of Street Theatre in Santa Maria da Feira in 2013.

“Rather than painting or drawing on his ‘canvases’, Vhils has developed a technique that is uniquely his own: he chips away at the wall to create shapes and shadows that ultimately create a detailed image when viewed from a distance.”

Prev
Fado: alive and kicking in Mouraria
Next
25th of April 1974.